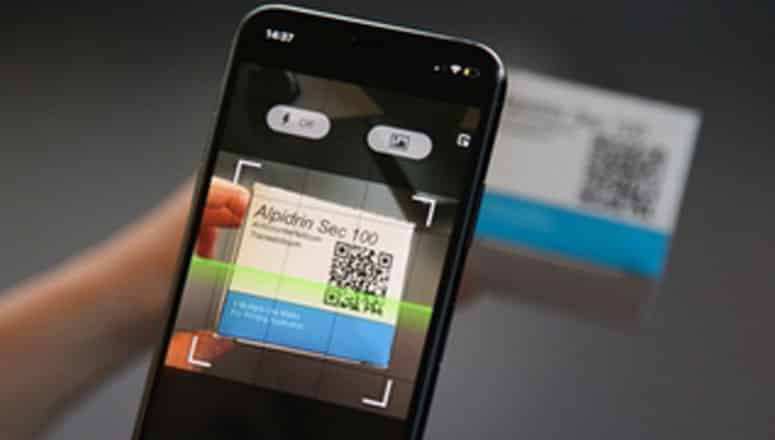 So how does Secured QR code work? Encrypted information is integrated in the digital file of the QR Code during the prepress work. Then the QR code is printed as usual, using standard inks. With no visible changes to the design, the secured QR-Code looks no different than its original, non-secured self.

The encrypted data, hidden in invisible changes of the QR code design, can be detected using a standard smartphone, equipped with a proprietary reader application. Non-intrusive and totally invisible, AlpVision’s secured QR-Code is highly effective to find scams and counterfeited products.

The protection against anti-counterfeiting comes from the fact that the encrypted data is lost when a secured QR code is copied or reproduced.

Dangers of QR code use

With the increased presence of QR Codes on products comes a greater risk of fake codes. It is therefore not new that brand owners are looking for ways to avoid the QR Code scam and fighting product counterfeiting.

What are QR Codes?

QR Codes, or Quick Response Codes, are machine-readable, two-dimensional barcode containing information on the item to which it is attached. It was first designed for the automotive industry in Japan in the early 1990s. Today QR codes are as common as bar codes.

QR Codes are prevalent in consumer advertising, ticketing and labelling, allowing customers to immediately access digital information using smartphones. More recently, the QR Codes have even been used to make contactless payments. With Apple Pay, for example, people can make secure purchases in stores, in apps and on the web.

In the latest version of its operating system, Apple recently upgraded the camera app to automatically recognize a QR Code, reaching hundreds of millions of users worldwide. With Apple’s launch, the QR Code is on its way to reach new industries and appear on a larger number of products, beyond advertising.

From a consumers’ perspective, using a secured QR code is seamless because the proprietary app can be downloaded using the QR Code itself as a trigger. And as we have seen, QR code readers are available on all smartphones.