What Is Microprinting, and Why Is It Outdated? 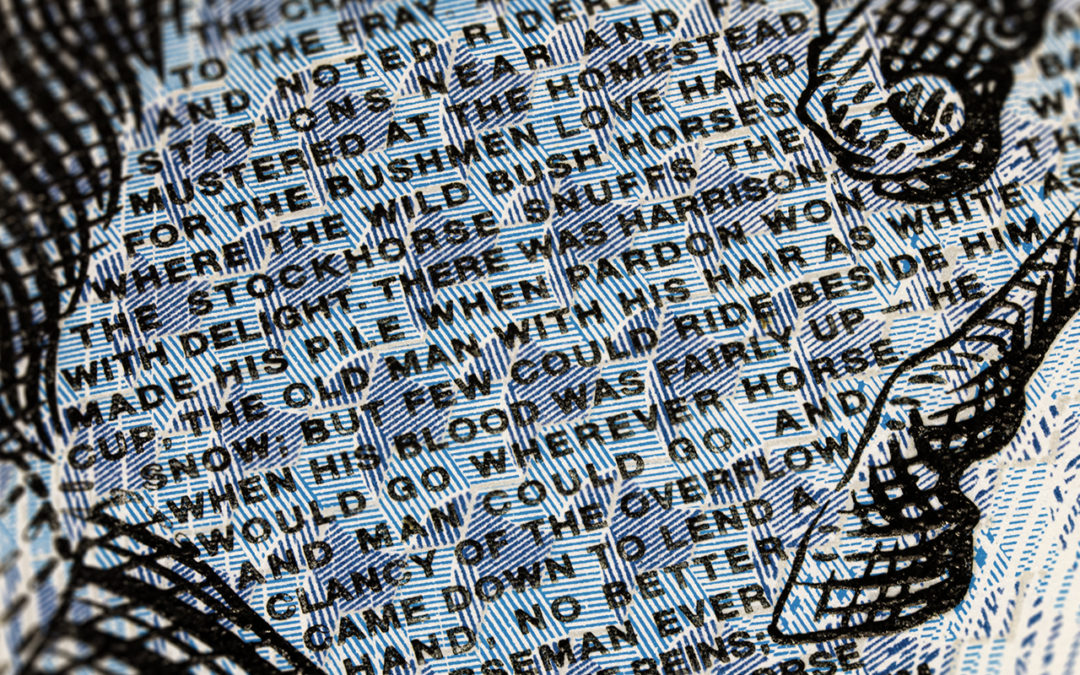 The evolution of microprinting as anti-counterfeit protection was a boon for brand owners worldwide since the printing technique was initially hard to replicate. Few had access to the technology required to create it, but what is microprinting exactly?

Unfortunately, microprinting has become relatively outdated at the time of this writing, and the reasons may come as a surprise to brand owners that rely mainly on overt, printed protections. Whereas modern anti-counterfeit tools utilize smart technology, microprinting doesn’t require sophisticated software algorithms, and thus, it’s possible to recreate it provided you have the proper machinery.

In this light, we’ll now outline the essentials of what microprinting is and why it’s time to look to other alternatives or implement additional security.

The definition of microprinting is pretty straightforward and includes any micro text invisible to the naked eye. Usually, you can’t see microprinting without the help of an optical magnification device. No matter how closely you look at the print, you won’t be able to read the ink, special characters, graphical elements, or lettering. The general idea is that simply copying microprinting doesn’t recreate the microscopic details and nuances, such as line weight and character spacing.

Instead, if a counterfeiter attempts a rudimentary one-to-one ink photocopy using consumer-grade equipment, the microprinting will appear solid or dotted line, with no micro text at all. The problem is that today’s counterfeiters are becoming increasingly sophisticated, and the most nefarious know how to fake microprinting. Unless you have in-depth knowledge of how to check for fraudulent microprint, it’s more complicated than ever before to identify the fake variety. The good news is that microprinting does, indeed, have its uses, which we’ll discuss below.

Where is microprinting used?

In case you aren’t aware, nearly every currency note contains microprinting of some kind, including micro text on the Euro and the US dollar bill, but that’s not the only use case. National and state-issued identification cards commonly contain cleverly placed microprinting along the border or in less conspicuous areas of the card, making it easier for authorities to check for counterfeit bills. This microprint creates an additional layer of protection when combined with other anti-counterfeit protections like ultraviolet ink, complex holograms, and watermarks.

Still, another use case is for pharmaceutical packaging and labeling. Indeed, microprinting technology has progressed to the point where it’s a standard safeguard in sensitive industries. Without microprinting, criminals would have a much easier time plying their illegal trade because micro text forces them to find other ways to fake notes, ID cards, packaging, and labels. Not only that but there are other problems with microprinting to know before selecting an anti-counterfeit solution.

As anti-counterfeit protection, microprinting has its place, yet there are a few problems you need to address. Mainly, the issues boil down to the technology’s limitations and the simple fact that microprint is visible, although not necessarily to the naked eye. It’s also not covert security because the appearance of micro text on currency and identification cards is common knowledge, which anyone can find on the web in a matter of minutes. Having said that, we’ll delve into the technology side of the equation first.

Microprinting pushes the limits on what printing technology can do. After all, the print must be reasonably legible when viewed with a magnification device. Ideally, the tiny text and graphics should be sharp and clear with no blurring whatsoever, but what happens when there’s an error during the printing process?

The slightest deviations can lead to microprint that appears fake at a glance but is actually genuine. Printing technology has evolved substantially, yet it’s not perfect. Mistakes happen, and when they occur in micro printing, it’s hard to distinguish between fraudulent and legitimate micro text, which brings us to our next concern: the overt nature of microprint itself.

Microprinting is visible under magnification

The truth about microprinting is that it’s most effective when criminals and counterfeiters don’t know that it exists. Once they discover where the micro text appears and what it says, it’s possible to fake it. The good news is that only the most persistent and technologically sophisticated fraudsters have this capability, but for how long? How much longer do sensitive industries have before copying microprint is a standard capability among counterfeiters?

Microprinting can be copied with the proper machinery and techniques to pass off fake items as authentic. It’s difficult for counterfeiters to check microprinting precisely, but it is feasible –  and the most sophisticated fraudsters are consistently trying to improve their tactics, techniques, and procedures. As such, brand owners will benefit substantially from additional covert security features instead of only relying on overt protections that criminals can replicate.

That’s why our team created a new solution to build a well-rounded, effective defense: AlpVision Cryptoglyph.

AlpVision’s digital anti-counterfeit solution – Cryptoglyph – excels at securing packaging and labeling for digital verification. Invented in 2001, this technology printed small dots with ordinary ink spread over the surface area of a package. The security is simple enough: punch enough dots so that they’re invisible to the naked eye.

The usual slate of offset printing techniques and equipment still worked, but counterfeits were detected via document scanners. The main issue is that this strategy increases the introduction of errors during verification, so we started to use smartphone technology to see Cryptoglyph on boxes. The catch was that reflective materials were challenging to detect, but those issues are a thing of the past since our algorithms changed alongside smartphone software. Today, you can deploy Cryptoglyph on various materials like plastic bags, stick packs, and more.

Essentially, Cryptoglyph works by punching thousands of small holes in the varnish layer of labels, packaging, and certificates of authenticity as well. The bottom line is that criminals and con artists can’t easily recreate those types of protections since there is no publicly available alternative to the underlying technology. It’s a proprietary solution, and Cryptoglyph is both high-tech and effective at deterring criminal activity with minimal disruption to production and packaging.

Cryptoglyph allows your business to scale up anti-counterfeit defenses and implement them at a better price point when used alongside enterprise-grade systems. With AlpVision Cryptoglyph, your IT team won’t have to program custom APIs or change your current data architecture. Instead, the system integrates with your company’s tech stack, with no significant changes required on the back end.

Cryptography is already powerful enough to deter fraudsters, but you can create an even more robust strategy when you combine it with our other anti-counterfeit solution, AlpVision Fingerprint. Using this strategy, you’ll gain additional protections to increase the effectiveness of your anti-counterfeit protections. You may not do away with counterfeiting once and for all, but you’ll make it significantly more difficult, if not impossible, and deploying Cryptoglyph is how to do it well.

If you’d like to learn more about our new suite of anti-counterfeit solutions, download our latest white paper for more information.