Counterfeit Electronic Cigarettes Are Everywhere. Here’s How to Fight This Problem 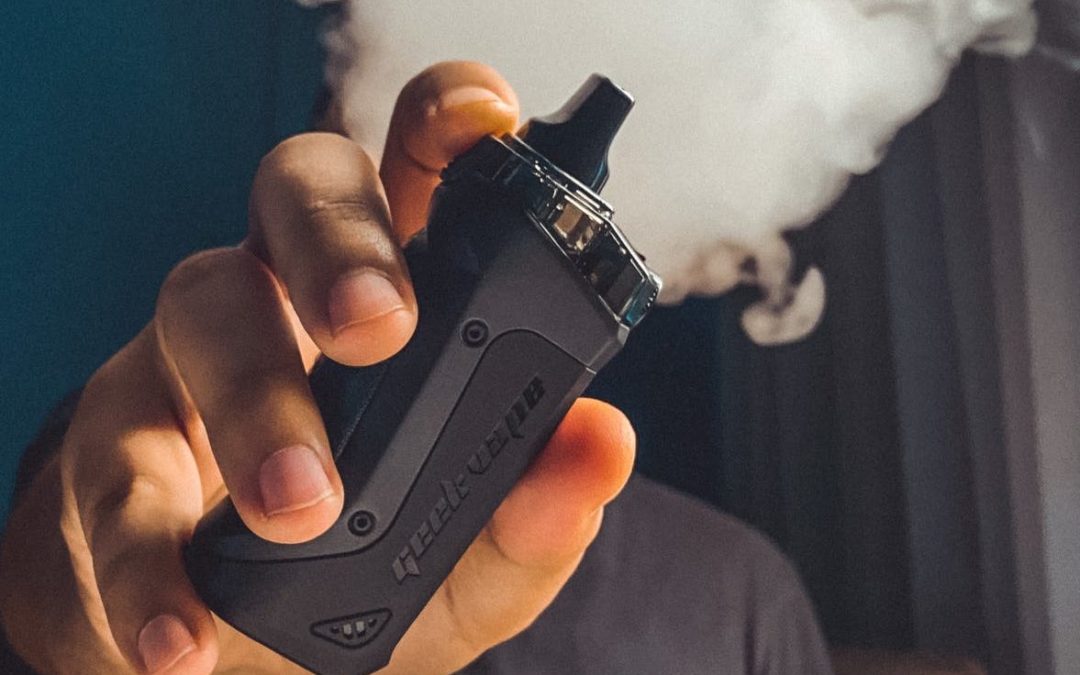 With the growing popularity of e-cigarettes, vape pens, and other electronic nicotine delivery systems, the market for alternatives to traditional cigarettes is booming. At the same time, the marketplace is also experiencing an influx of dangerous counterfeit electronic cigarettes.

These illegal products pose serious health and safety risks to consumers. But with more than 460 e-cigarette brands currently on the market today, it can be tricky for the average person to distinguish the genuine article from a knockoff.

What can e-cigarette users do to make sure they are buying and using legitimate products that have been built and verified according to the appropriate safety and quality standards?

To start with, it helps to have a basic understanding of what e-cigarettes are, how they are built, and how they function.

What are e-cigarettes and vape pens?

E-cigs, vape pens, and other similar nicotine-delivery products are battery-powered electronic devices that deliver a stream of flavored aerosol, which may or may not contain nicotine, that users inhale into their lungs just like the tobacco smoke from a traditional cigarette.

These vaping devices vary in design, with some resembling cigarettes, cigars, and pipes and others built to look like common objects such as markers and USB keys. Despite these variations in appearance, the inner workings of these devices are generally the same.

The components of e-cigarettes

Most electronic cigarettes, regardless of brand or design, generally contain the same basic components. They include:

Also known as a drip tip, the mouthpiece is what the user places in their mouth to draw out the aerosolized liquid. The mouthpiece is fitted to a small cartridge that contains a plastic cup, inside of which is a small piece of absorbent material that has been immersed in a liquid solution.

Also known as e-liquid, or e-juice, the solution, when heated, is what creates the distinctive vapor produced by an e-cigarette. The composition of the solution is as varied as the options for the e-cigarettes themselves, with many brands creating their own proprietary blends. The general makeup of e-juices, however, typically includes a base (usually propylene glycol), flavoring, and nicotine. Counterfeit electronic cigarette solutions often do not contain the stated nicotine concentration and sometimes none at all.

The atomizer is what heats the liquid and transforms it into an aerosol that the user can breathe in. It is made up of a small heating element (a metal coil) that vaporizes the e-liquid and a wicking material that pulls the liquid up onto the coil. The properties of the atomizer—its voltage output, the efficiency of the wicking material, and the electrical resistance of the coil—all determine the quality and volume of the vapor that is produced.

The battery is what generates the power required to heat the atomizer. It is usually located at the furthest end of the device from the mouthpiece.

The sensor is the part of the e-cigarette that is activated when the user sucks on the mouthpiece, triggering the atomizer to heat the solution and turn it into vapor that can then be inhaled. Some models don’t have a sensor, but instead use a push button that the user must press to initiate the atomization.

How vape pens and e-cigs are made, from supply chain to assembly

As is common throughout the world of manufacturing, e-cigarettes and vape pens are often made of parts that are produced in several different places worldwide, shipped to a processing facility where they are assembled into the final product, and then finally delivered to the country where they hit the retail shelves for sales.

This means that several different entities are involved in the production of e-cigarettes, which makes tracking the supply chain and ensuring quality and safety standards are met at each step of the way is a near-impossible task. What’s more, the vaping industry is still largely unregulated, so even if it were possible to set up quality checks, there are no standards in place for manufacturers to adhere to.

Who is using electronic cigarettes?

Despite how widespread electronic cigarettes have become, the fact is that the industry is still a fairly young one, with the first vaping devices making their way to market in the mid-2000s. At that time, they were disposable devices that came pre-filled and only contained minimal amounts of nicotine. These gadgets were not particularly popular with consumers and quickly made way for the next generation of vape pens to enter the market.

When the next stage of electronic cigarettes and vape pens did hit the scene, they were significantly different from their predecessors: they were refillable, had more heating power to produce billowy clouds of vapor, and contained higher levels of nicotine. It was these products that sparked greater interest in electronic nicotine delivery systems and set the stage for the explosion of popularity that the third generation of electronic cigarettes would bring.

And that’s where the industry is at now. The electronic cigarettes and vape pens that are available are exceedingly popular, with boutique vendors and vaping trade shows fueling interest in and access to these products.

Estimates from 2018 indicate that over 8 million US adults are regular e-cigarette users. Globally, the e-cigarette and vaping industry is valued at over 15 billion USD and is expected to grow by leaps and bounds over the next decade.

The dangers of counterfeit electronic cigarettes

With so many people buying and using electronic cigarettes, the risks posed by counterfeit electronic cigarettes are a growing concern. Cheaply made components, low quality materials, and unclear nicotine levels pose serious risks to consumers. The Centers for Disease Control and Prevention have identified close to 1,500 lung injuries that were caused by vaping, with over 30 of these cases resulting in death.

Illegitimate vape pods aren’t made to the same quality standard as authentic ones. Often, these black-market versions are filled out with harmful substances, such as toluene, which can damage the central nervous system and trigger heart issues.

Investigations into counterfeit vape products have revealed that black-market cartridges often do not contain the amount of nicotine specified on the label, which poses a danger to users who are trying to control their nicotine intake. These inquiries also revealed that THC, the psychoactive component in cannabis, is sometimes present as well.

Cheaply made components can malfunction in life-threatening ways

Battery malfunctions are a major cause of the death and injuries associated with e-cigarettes. Counterfeit e-cigs typically use lithium ion cell batteries that are recycled and repurposed from other electronics as a way to save money. Worn down batteries are both an electrical and a fire hazard and they have been linked to cases of e-cigarettes and vape pens exploding in the user’s mouth.

With the increasing concern from both consumers and government agencies about the safety of electronic cigarettes, the industry has made a push in recent years to address the problem of counterfeiting. They include:

Security labels give manufacturers of vape products better control over their inventory, allowing them to track and authenticate their products and separate out bootleg versions. These security labels typically include technologies such as 3D images, data capture, and e-verification. The problem with security labels is that the give a false sense of security. Very often counterfeit products have a fake security label and therefore easily deceive consumers.

One of the newer approaches to stopping counterfeit electronic cigarettes is the use of built-in chips that interact between the cartridge and battery. These chips instantly let the user know if the product they have purchased is authentic, and they are difficult to imitate because of the security features that are integrated into them. Chips have two main drawbacks, cost and robustness.

Protect yourself from counterfeit electronic cigarettes

Send us a product and we will perform a free feasibility evaluation.