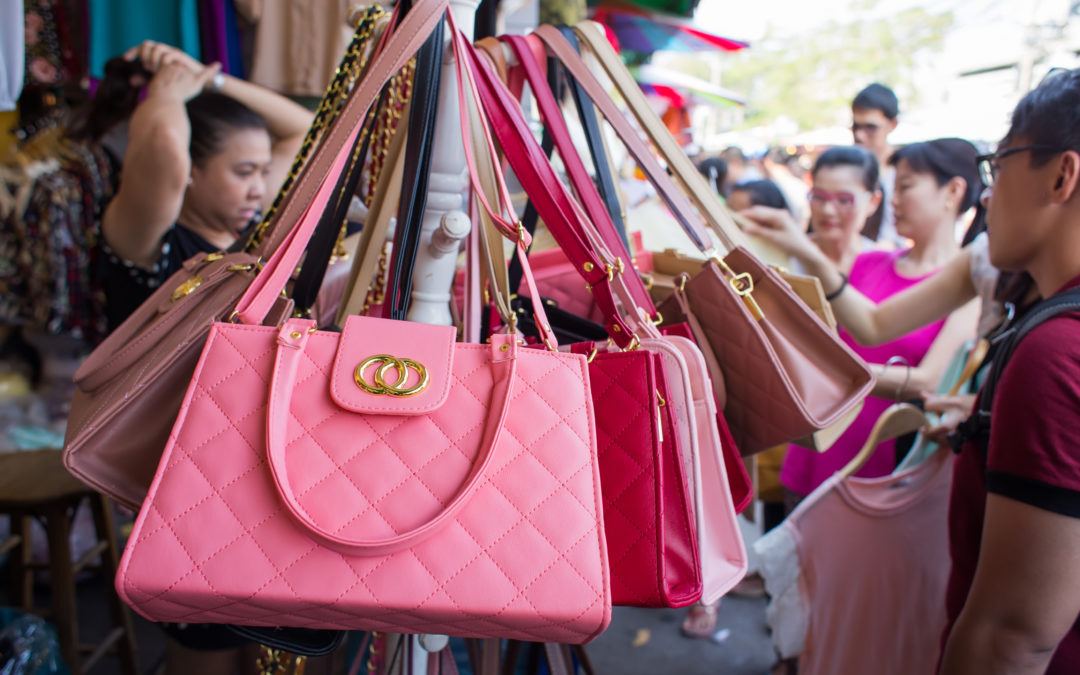 Counterfeit products are a growing problem. For consumers, it’s no longer just a matter of receiving inferior or dangerous goods. In many countries, there are laws in place that apply a penalty for buying counterfeit goods.

There are people who knowingly buy counterfeit products, as a way to save money. Designer luxury items such as handbags are a common example of this. A knockoff Hermes or Louis Vuitton item looks just like the real thing but only costs a fraction of the price.

This trade in counterfeit goods is harmful to brands in several ways. It cuts into their revenue, since money that is spent on counterfeits is diverted away from them and into the hands of bad actors, to the tune of several billion dollars a year. In addition, inferior products bearing their logo and signature style can damage their brand image as well.

But there are those consumers, too, who buy what they think is a legitimate product, totally unaware that they are in possession of a knockoff. In either case, however, there is harm associated with the purchase of counterfeit goods, and the law treats both cases in the same way. This means that no matter whether a consumer is aware or not that they are buying a counterfeit product, they are legally liable for it and may have to pay a penalty for buying counterfeit goods.

Counterfeit Products Are a Growing Problem

Counterfeit products have been around for a long time, but we’re in a time now when the problem is worse than ever before. With more and more people shopping online, particularly through large online retailers like Amazon, it’s become much easier for imitation products to flood the market. The problem has gotten so bad that experts estimate fake goods account for over 3% of the world’s trade.

Another reason why counterfeiting has been ramping up recently is the evolving sophistication of counterfeit products. Many people still believe that counterfeits are easily identifiable by their poor quality, misspelled brand names, and other telltale signs. But the truth is that many counterfeit products are virtually indistinguishable from the genuine article—so much so that even the brands themselves can’t tell their own real products from fakes.

Although any product with a logo is vulnerable to counterfeiting, the industries that are the most affected include luxury goods, fragrance, software, pharmaceutical products, aircraft parts, and music and motion picture recordings.

These make their way into consumer hands through a variety of ways. Online retail is a major culprit, since many online retailers don’t have systems in place to check for counterfeiting. However, it’s also possible for counterfeit goods to land in brick-and-mortar stores if the supply chain isn’t tightly controlled and is vulnerable to fake products being swapped in for real ones.

Countries That Have the Most Counterfeit Products

Some countries are harder hit than others when it comes to counterfeit products. China, Hong Kong, India, Malaysia, Mexico, Singapore, Thailand, Turkey and the United Arab Emirates top the list of countries of origin for counterfeit goods.

It goes without saying that counterfeit products are of poorer quality than the genuine articles. What’s important to emphasize, however, is that counterfeit goods aren’t just disappointing—they’re dangerous.

Counterfeit cosmetics, for example, don’t follow the same safety and quality standards that legitimate products are subjected to. They are made as quickly and cheaply as possible, and that often means including materials that are not considered safe for use on the skin and in some cases are carcinogenic.

Another example is counterfeit safety equipment, such as children’s bicycle helmets. These helmets don’t undergo the required safety and reliability tests, so they aren’t guaranteed to provide protection in the case of an accident. These products can cause real harm to people.

Here are just a few other examples of the ways counterfeit products pose risks to consumers:

The most common counterfeit products that are seized include:

It’s not just the US that is cracking down on the purchase of counterfeit goods. Italy has a law in place that makes consumers liable for fines of up to $10,000 euros, as some tourists have been surprised and dismayed to find out. Many other countries have instituted financial penalties and even jail time for residents and visitors who bring counterfeit products across their borders. In New York City, shoppers face fines of up to $1,000 for buying fake designer handbags, which helps dispel the idea that counterfeit goods are a bargain and a victimless crime.

Consumers who suspect they’ve unknowingly bought a counterfeit item can pursue a few different options for setting things right. First, they can try taking the item back to the original retailer. In the UK, shoppers are entitled to a full refund on counterfeit items within 30 days of purchase. Sellers who refuse to issue a refund are in violation of the law and can be pursued legally. Items bought online are generally more difficult to report, but a good place to start is filing a report with the site’s customer support service.

Counterfeiting is a problem that affects everyone, and even unsuspecting consumers may find themselves in legal hot water if they are in possession of a counterfeit good. With the creation and distribution of illegitimate products on the rise, it’s important for shoppers everywhere to stay aware and educated to protect themselves from counterfeit goods.

At AlpVision, our mission is to stop counterfeiting in its tracks and to help both manufacturers and consumers stay on the right side of the law and stop bad actors from flooding the market place with cheap imitations. Get access to the latest information on anti-counterfeiting technologies and how to spot fakes by subscribing to our newsletter.