What are invisible QR codes and how do you secure them? 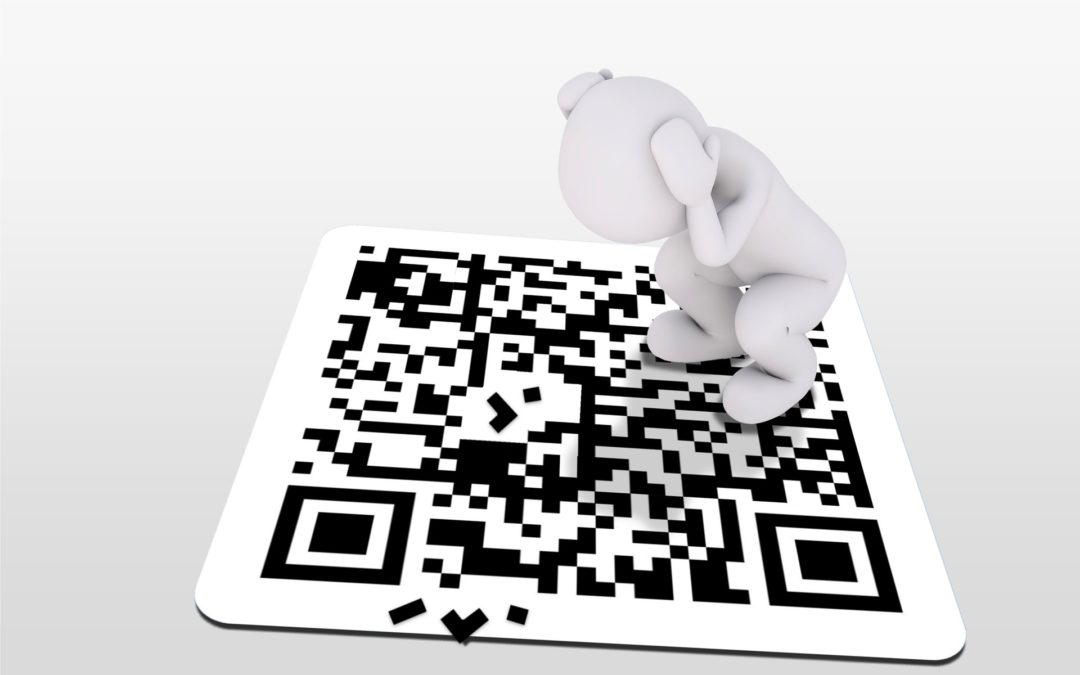 QR and barcodes are used for traceability. However, when products are distributed on the gray market, these codes are often erased, thus defeating their purpose. Using secured invisible QR codes can solve this problem.

The gray market refers to when goods are sold via a distribution channel that is not authorized by the brand owner. This often occurs if the cost of goods is significantly different between different markets. People at the head of the gray market network would buy the goods in a low-cost market and resell it in a high-cost market but below the real cost. The product is then easier to sell since it is cheaper but still the genuine product. Although this is generally not illegal, brand owners would like to avoid it, as it reduces their profit margin because they sell too many products in low-cost markets and not enough in high-cost markets. For this reason, valuable items generally bear some traceability information. People at the head of the gray market network remove this traceability information to prevent the brand owner from retrieving information about the gray market network.

The gray market involves selling legitimate goods acquired through a non-authorized channel. One way to identify the actors in the gray market is to look for excessively low prices, as those sellers are generally buying the goods in low-cost markets and reselling them where the official price is much higher. Taking gray market actors to court whenever possible would reduce the willingness of others to enter this market. In parallel, educating customers about the official retail network could also reduce the impact of the gray market. Of course, the most efficient way to combat the gray market would be to control the supply chain.

The most widely used method to control the supply chain today is the use of tracking codes. However, such codes can easily be erased. For this reason, brand owners tend to add them inside the packaging, on the inside of the flaps, in glued ares, under painting or varnish, under celophane, or hidden in artwork so that removing the code destroys the look of the product. Unfortunately, gray market actors are increasingly aware of these hidden locations and find ways to erase the codes. A major improvement would be a code that is distributed all over the package. Indeed, this kind of code could only be removed if the packaging is completely destroyed. Then, the only way to remove the code would be to package the genuine good in counterfeit packaging, which does not contain the code. If they do this, the legal sanctions on gray market actors will be far more severe, as they will have engaged in counterfeit.

Products impacted by the gray market

All kinds of products can be impacted by the gray market, including diverse items like watches, cosmetics, cameras, alcohol, or even pharmaceutical products. In contrast to counterfeited products, gray market products are more commonly found in developed countries, where the original product would be sold at a high price. According to the Harvard Business Review, between 7 and 10 billion dollars of goods are entering the US each year via the gray market channel. There is therefore an urgent need for an efficient solution to fight this plague.

Most of the time, the gray market is not illegal since it consists of reselling genuine goods in countries other than where they were originally expected to be sold. There is an exception if, by doing so, the reseller is somehow violating the law. For example, in Switzerland all food sold must include an ingredient list in at least one of the official languages. Or, a drug authorized in the US may not be authorized in India at the same dosage. When this kind of situation occurs, the brand owner can usually take legal action, but that is not always the case.

Can QR codes be used to fight the gray market?

The problem with barcodes, 2D matrices, and QR codes is that they are not specifically adapted for the gray market and can be easily erased. Therefore, many initiatives have emerged to create an invisible QR code.

For example, the BBC reported on a QR code which is revealed thanks to infrared radiation. This kind of QR code may give a sense of security, but it is false because the security lies in the fact that nobody knows that there is a QR code. Infrared cannot be used as a security solution. Indeed, it is easy to use infrared light to reveal the QR code and then simply erase it.

A good traceability solution should be applied everywhere on the package in order to make it impossible to remove. Such solutions already exist in the document security field, but they are slightly visible and thus may not satisfy quality control packaging standards. Indeed, gray market issues are extremely prevalent in fields such as cosmetics, where the quality of the carton must be in line with the price of the product.

For this reason, AlpVision has invented an invisible traceability solution. It consists of an invisible variable cryptoglyph composed of small dots printed with a clear ink. This cryptoglyph can contain all the information that needs to be stored in the QR code. The AlpVision Verification App can then instantly detect the presence of the cryptoglyph anywhere on the package and display the related QR code in a pop-up window.

Thanks to this solution, we are now able to create invisible QR codes that are perfectly suited to fight against gray market.