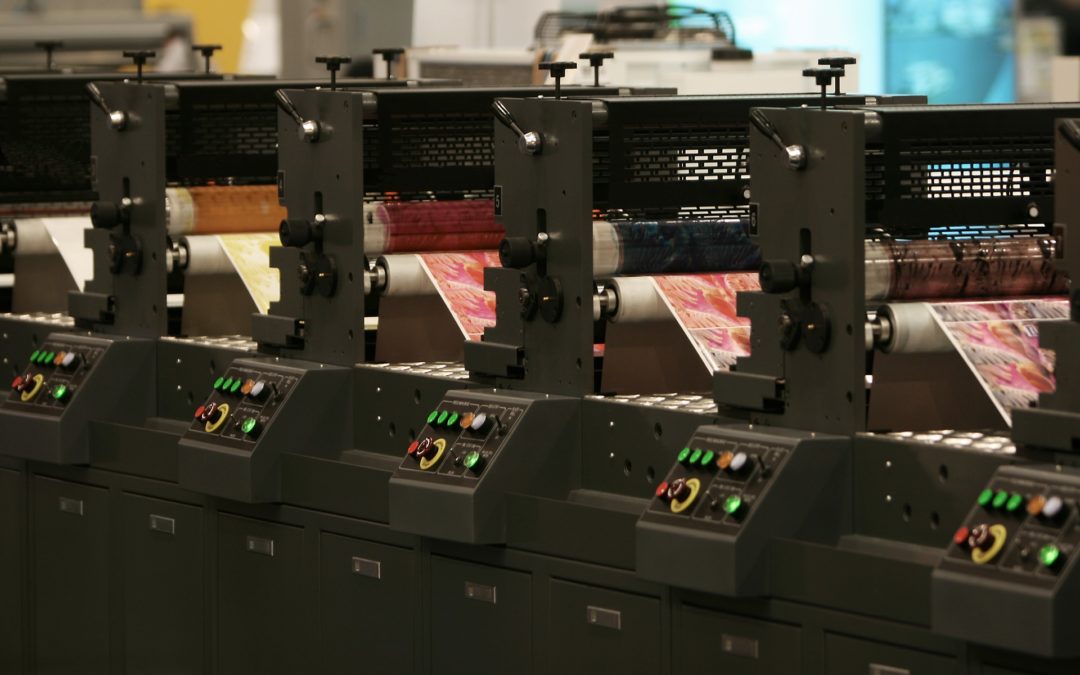 The evolution of anti-counterfeit technology has progressed over the last two centuries in ways no one ever imagined. Indeed, counterfeiting itself has a lengthy history, so anti-counterfeit protections developed long ago to secure goods as well as currency.

Still, the software and hardware tools used to thwart counterfeit money and illegitimate products have come a long way. The capabilities of the best solutions on the market will improve further in the future. But where exactly did anti-counterfeit tech originate? From invisible ink to smartphone apps, the evolution of the industry is worth a closer look before we move on to discuss today’s covert safeguards and digital authentication measures.

Undoubtedly, counterfeiters and fraudsters will always invent new tactics, techniques, and systems to try to circumvent defenses, and the cat-and-mouse game continues to this very day. Having said that, here’s a brief history of anti-counterfeiting before we talk about today’s state-of-the-art features.

Fraud has been around for as long as people have been exchanging currency for products and services. Historians see evidence of counterfeiting in the Far East and ancient Greece cultures, going back several millennia or more. At the time, fake wooden and metal coins were common, and the penalties for producing fakes were severe. Yet, despite a slew of anti-counterfeit laws over time, fraudsters still persisted in their endeavors, and the situation is essentially similar in our modern-day. Digital capabilites and a globalized supply chain only make it more challenging since the financial impact can exceed a billion dollars or more.

Today, we have the statutes to protect global brands, markets, and the technology needed to detect forgeries; however, some fraudsters are still having a reasonable amount of success, or they wouldn’t keep plying their illegal trade. Even as you read this article, criminals and their cohorts are working tirelessly to discover ways to fake protections and pass-off products as legitimate items to unwitting consumers worldwide.

No matter what era you researched, whether it be the Colonial period in America or the Elizabethan era in Europe, the problem didn’t go away despite added features like wax stamps and invisible ink. Interestingly, you can still see remnants of this perspective in the growth of more overt measures used to protect physical products, such as holograms, QR codes, and tamper-resistant packaging.

But regarding currency safeguards specifically, the father of counterfeit protection was none other than Benjamin Franklin. He was the first inventor in America to impart raised patterns of sage leaves on plaster molds, which were subsequently used to create the metal plates for pressing banknotes. Franklin hypothesized that natural patterns would be more challenging, if not entirely impossible, to replicate and make it easier to pinpoint fake bills when combined with other covert markings.

Along those lines, another technology during the late 19th century was invisible ink. While it’s not in use today, the concept of invisible markings remains practical, and it’s part of the basis for covert packaging and label protections. Nevertheless, invisible ink played a role in espionage during the American Revolutionary War as well as World War I in Europe until the concept was no longer viable. In other words, people eventually learned how to reveal the ink by warming up the parchment paper or adding a chemical reagent.

As you can see, the essential concepts of anti-counterfeit techniques haven’t changed very much; fascinating advancements in the underlying technologies now make it easier to take covert and overt measures to the next level. Whereas product security in the past relied on specific hardware to detect fakes, today’s defenses are more versatile and even harder to duplicate, which speaks volumes about the evolution of the printing press in tandem with additional measures.

Improvement of the printing press

No other invention changed humankind like the invention of the printing press. Copies had to be done manually before ink-pressing techniques were developed, making the process lengthy, cumbersome, and significantly more vulnerable to counterfeiting. Although the original presses involved imparting images via metal plates and ink, today’s methods are mainly digital, mechanical, and automated to a degree, especially in the industrial market.

For example, modern offset printing allows you to create high-definition images at a resolution as high as 2,400 DPI. At this depth of detail, a company can print markings as small as 10×10 microns, making them invisible to a consumer without specialized software. It’s certainly not the same as invisible ink, yet the general concept still holds. Whereas invisible ink could only be applied to parchment, offset printing is a more versatile solution with more features and an excellent choice for colors.

Furthermore, modern printing techniques afford you the benefit of imprinting microscopic holes in the varnish layer whether or not the machine itself uses flexography or a rotogravure technique. Twenty years ago, the standard process was to use a document scanner to verify authenticity, but today, better and more effective platforms are available, like the software-based variety on smartphones.

Similar to the printing press, the invention of smartphones has changed our lives substantially over the last two decades. Previously, handheld cell phones were “dumb” devices and didn’t have a mobile operating system. The phone ran on firmware and could only make phone calls, receive SMS messages, and check voicemail.

However, smartphone technology’s impact on today’s market is much different – and far more exciting when it comes to anti-counterfeit technology. The cameras that now come standard in the best devices are fully functional and capable of recording media at a very high definition, sometimes video in full 4k HD. The amount of onboard RAM, processing power, storage space, and display resolution also allow installing fairly intricate mobile apps. Not so long ago, you could only use pro-grade software on desktop computers and laptops, the most popular PCs for the average consumer, but now, smartphones can achieve the same things.

The result has been the deployment of smartphone apps to verify the authenticity of products. A mere ten years ago, the technology was pretty new, yet today, smartphone apps can detect microscopic markings in a matter of seconds. From a verification standpoint alone, this capability is fascinating since you can deploy the software to worldwide markets without developing an entirely new device.

As such, our team developed a new meas to build a comprehensive defense with new anti-counterfeit technology: Cryptoglyph

In short, AlpVision’s digital anti-counterfeit tech – Cryptoglyph – works well to secure packaging and labeling for digital verification. Invented in 2001, Cryptoglyph initially worked by printing small dots with standard ink spread over the package. The idea was to print enough dots so that they are invisible to counterfeiters without needing to deploy additional hardware.

Existing offset printing techniques and equipment still applied, but the detection at this time was done via a document scanner. A decade ago, we started to use smartphones to detect Cryptoglyph on folding boxes. The downside was that reflective materials couldn’t be detected; however, those issues are no more since our algorithms evolved alongside smartphone software. You can use Cryptoglyph on materials, such as plastic bags, stick packs, and more.

Today, the solution works by imparting thousands of microscopic holes in the varnish layer of packaging, labels, and certificates of authenticity too. Simply put, fraudsters and counterfeiters can’t duplicate those types of measures since they have no alternatives to the underlying technology. Cryptoglyph is both state-of-the-art and incredibly effective at deterring counterfeits while not impacting efficiency and growth.

Cryptoglyph allows your company to scale up defenses and deploy them at a better price point when integrated with enterprise-grade IT. There is no need to code custom APIs or add an entirely new data architecture. The software integrates with the tech your company already has in place instead of requiring significant changes on the back end.

Indeed, Cryptography is already powerful enough to thwart counterfeiters, yet you can develop an even more robust system when you combine it alongside our other solution, AlpVision Fingerprint. This way, you will have added protections to boost the effectiveness of your anti-counterfeit measures. You may not eliminate counterfeiting, but you will make it much harder, if not impossible to have a negative impact with Cryptoglyph.

If you’d like to learn more about our collection of anti-counterfeit solutions, download our latest white paper for more information