How to authenticate shoes: Technical solutions for brand owners 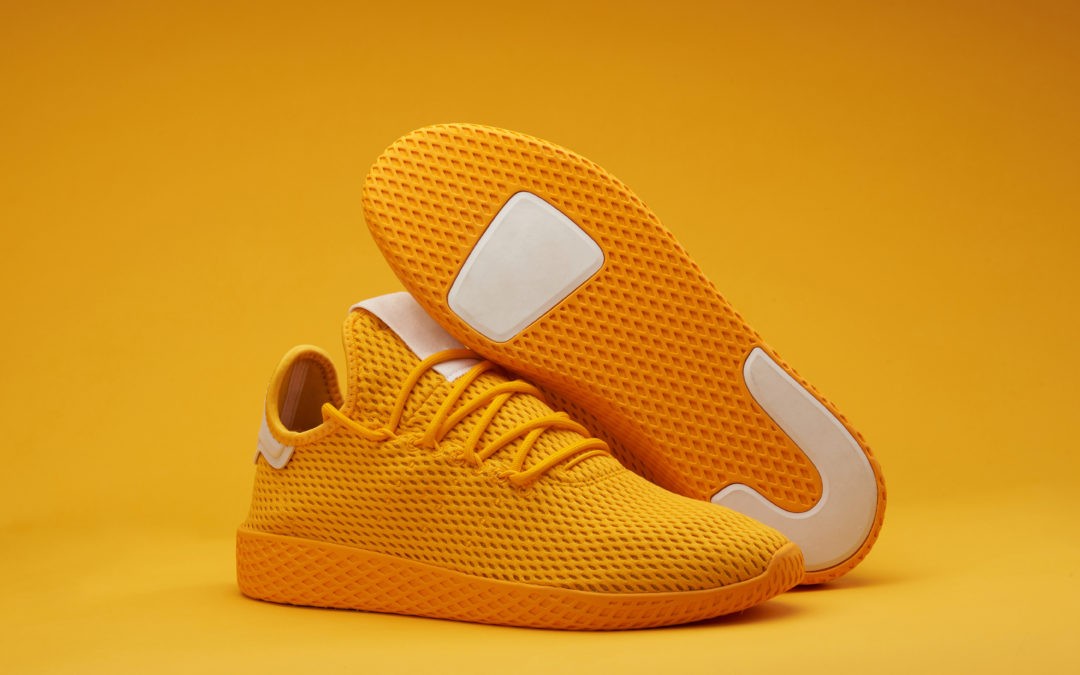 Shoes are the most counterfeited item globally, and the fraudulent industry only seems to be growing in size. Brands need to protect themselves by harnessing better solutions to authenticate shoes.

Thanks to the rise of sneaker culture, the shoe industry has seen massive market growth in recent years. Coupled with celebrity endorsements and limited-edition releases, resale shoe prices can easily jump to four and five figures. This has turned the counterfeit shoe market into an extremely lucrative space to step into. By rolling out fakes to match sneaker release dates, counterfeiters can easily profit off the hype.

Counterfeits aren’t exclusive to sneakers either – shoes from luxury brands such as Christian Louboutin carry hefty price tags. Counterfeiters are then incentivized to mass-produce fake designer shoes due to the larger profit margins they can gain.

The relationship between the counterfeit shoes and global supply chains

Every consumer goods company relies on global supply chains to prosper, and the shoe industry is no exception. From the manufacturing to the purchase stage, supply chains play an integral role in a company’s operations. However, the same opportunities created by supply chains for brands just as easily fuel the growth of the illegal counterfeit shoe industry.

Manufacturing supply chains have given counterfeiters access to the cheapest alternative materials that mimic the look and feel of authentic shoes. The rise of ecommerce has given illegal retailers the discretion and smooth delivery processes that they need to carry out their operations without getting caught. Additionally, it also provides them with a platform for distribution and to create demand for their products.

In turn, the counterfeit industry disrupts the supply chain economy by pushing costs up. As brands enforce extra measures against counterfeiters, they incur additional costs that are eventually passed down to consumers. Another harmful impact of counterfeit shoes is lower demand. The demand for manufacturers and distributors might also be impacted as demand for shoes go down, due to the damaged reputation and credibility of the brand.

With reduced sales and higher costs, the jobs of those working in shoe companies might even be jeopardized. If left to its own devices, the counterfeit shoe industry has the potential to not only disrupt the entire global supply chain infrastructure, but also the lives of real people.

The victims and perpetrators of the counterfeit shoe industry

From luxury brands to footwear retailers for the masses, any footwear brand can be targeted by counterfeiters. The country hit hardest by counterfeit products is the United States – almost 20 percent of the total value of seized fake products violate the intellectual property rights of companies registered in the U.S. It was also found that shoes from American-helmed Nike are the most counterfeited product in the world. Other countries impacted by the counterfeit industry include:

On the other hand, China is the infamous home of counterfeit shoes. Combined with Hong Kong, the two countries account for over 75 percent of fake goods seized at international borders. Other countries with a single-digit guilt rate include Turkey, Singapore and Germany.

The impact of counterfeit shoes on brands

Brand appeal and credibility can be negatively impacted by counterfeits. Consumers might just inadvertently avoid brands with many fakes on the market as they do not feel safe purchasing from the brand. In the case of designer brands, the social value of the brand goes down as well. Nobody wants to be forking out thousands for a pair of shoes that are a dime a dozen on the streets. It ruins the image of luxury and cheapens the image of the brand.

Counterfeit footwear also brings into question the theft of intellectual property and intellectual property rights. Brands spend a huge portion of their budget and time on market research, conceptualization, development, testing rounds and marketing, all leading up to the launch of a new design. The knockoff market undos all that work in seconds, reducing all the hard work put in by brand owners to an imitation product.

Some consumers might even opt to purchase counterfeits over the genuine product. The crazy demand for limited release sneakers has created a new market for high-quality replica designers due to sky-high resale prices. There are even groups in the sneaker community where enthusiasts share information and tips on where to find the highest-quality knockoffs. These fake shoes are often marketed as “factory rejects”, with sellers claiming that they were produced by the same manufacturer as the genuine products, using the same materials. This notion has led to an increasing acceptance of fake designer goods, which could encourage the growth of the illegal industry.

The impact of counterfeit shoes on consumers

Even the most discerning of consumers can fall victim to counterfeit scams. “Quality” replicas mimic the actual product extremely well – a centimeter difference in the positioning of the product or a discrepancy in the stitching is all that sets the fakes apart from the real deal. A knock-off manufacturer interviewed by the New York Times even claimed that “the only way you can tell the difference between the real ones and ours is by the smell of the glue”.

This explains the thousands of complaints received by brands in recent years from consumers who unknowingly bought knockoff goods online. Counterfeit sellers create professional websites using stolen product images from brands and other legitimate sources to appear reliable, which tricks many consumers into purchasing their products.

The impact of fake shoes go beyond consumers falling victim to counterfeit scams and losing money. Counterfeit sports shoes or high heels most likely do not offer the same technologies and high-end materials that are put into the actual product. If the shoes are not identified as a knock off, consumers who use the shoes can end up with injuries like unstable soles, swelling, bruises, blisters and even sprained ankles.

The rising need for innovative solutions to authenticate shoes

It is clear that the negative effects of counterfeit shoes hit the economy and brand owners hard, and eventually trickle down to consumers as well.

There is an urgent need to stop this practice, but it is an uphill battle. With outsourced manufacturing and the anonymity of the Internet, counterfeiters are both hard to catch and control. From corrupt law enforcement in less developed countries to loopholes in the law such as ‘third-shift’ manufacturing, counterfeiters might even be able to get away in legal confrontations with brands.

However, these strategies are not fool-proof and they come with their limitations. For instance, there is only so much brands can do on an ecommerce platform if websites themselves do not self-regulate. As the level of technology harnessed by replica producers rises, they will eventually override the efforts of brand owners. Moreover, brands have no control over consumers that willingly purchase dupes.

This is why Nike has turned to drastic solutions to combat the sale of imitation goods and incentivize consumers to buy genuine products. Nike partnered with Alibaba to launch blockchain-technology sneakers. Dubbed CryptoKicks, the company attached actual digital assets on their sneakers which cannot be replicated by counterfeiters. This also incentivizes consumers to purchase the authentic shoe. This was followed up by a billion-dollar lawsuits against hundreds of stores and websites selling Nike imitations.

Of course, not every company has the resources that Nike does to wage war against the fake footwear market, but it is paramount that combative measures are taken. Deep pockets are not necessary to adopt innovative, technical anti-counterfeiting solutions.

At AlpVision, our mission is to stop counterfeiting in its tracks and to help both manufacturers and consumers stay on the right side of the law and stop bad actors from flooding the market place with cheap imitations.

This is achieved through anti-counterfeiting technology which allows consumers to authenticate shoes using a smartphone app, such as AlpVision Fingerprint and Cryptoglyph. An app detects the digital, invisible authentication technology that can be applied before production, without any additional manufacturing cost.

The AlpVision Fingerprint is applied on molded parts like soles, and Cryptoglyph can be applied on packaging like boxes or labels. It is possible to use a combination of the two for double security.

If you want to know more about AlpVision Fingerprint and Cryptoglyph or other counterfeit protection methods,

Fill in this form