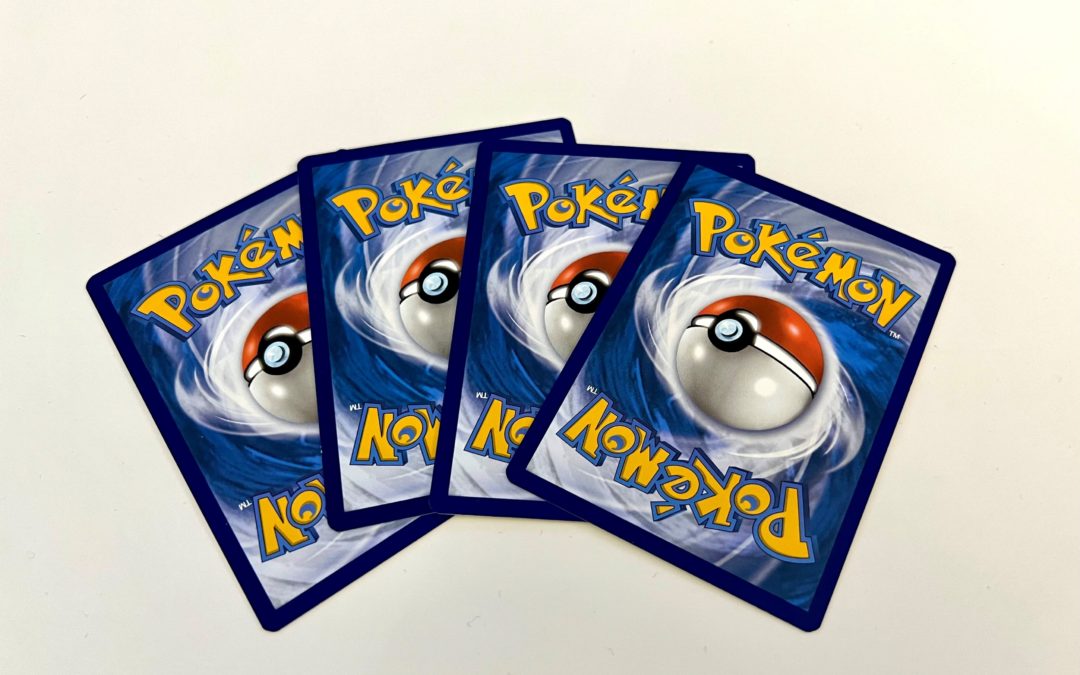 How to spot a fake collectible card has become a primary topic of interest in the TCG (Trading Card Game) community.

After all, the collectible card industry has set its roots as a valuable market. Logan Paul spent $150,000 in 2020 on a PSA10 Charizard (which he crossed over and turned into a BGS10 — the rarest of cards in the world) and a whole lot more than that on collectible Pokemon boxes.

This money-making opportunity opened the door — just like any other profitable venture — to fraud. In 2020, Ebay’s Trading Card category exploded by 142%. The company registered a 4-million increase in trading-cards sales than the preceding year.

Yet, fake cards are more than just a financial loss. They are also a source of frustration and disappointment for collectors. They hold sentimental value from childhood nostalgia, which can be priceless. Gary Haas ( a.k.a King Pokemon — who has the largest Pokemon card collection in the world) allegedly refused millions of dollars in different offers for a few rare cards he possesses.

With so much money on the line, the right strategies must be employed to mitigate the risks of fraud.

In this article, we’ll explain how to spot a fake collectible card and provide you with bulletproof strategies to separate your original cards from the knock-offs.

What Is A Trading Card Manufacturer?

The following are some examples of popular trading card companies.

The trading card market is still expanding, increasing its popularity across several continents. Its growth isn’t expected to stop either, not with celebrities (e.g., Logan Paul) granting free promotions. The older Paul brother boosted the value of Pokemon TCG after unboxing a $200,000 rare First Edition Base Set on a YouTube live stream.

According to Verified Market Research, the Global Sports Trading Card Market Size and Forecast are expected to reach $98.75 billion by 2027, growing at a compound annual growth rate (CAGR) of 23.01% from 2020 until 2027.

This is due to the anticipated growth in the number of people who are interested in collecting cards.

What Is A Limited Edition Trading Card?

A limited-edition trading card can only be produced in a limited number of copies (e.g., there are only 120 PSA gem mint 10 condition holographic Charizards).

The number of copies may be restricted to the total cards produced by the manufacturer or it might be available for a set period after release. However, its production stops within a year.

These sought-after decks are all limited print runs with lower production quantities. The scarcity and value of these cards rise as circulation numbers fall.

The market for trading cards is enormous, and it’s how most players and traders make their money. It’s also a prevalent means for scammers to take advantage of the market and commit fraud by selling fake cards.

Why is it easy to scam TCG fans

Fraudsters generate massive income from counterfeiting, whether it be from the sale of fake regular pokemon cards or fake collectible cards.

One box of fake pokemon cards — masquerading as the real deal — was sold for $375,000. The guys at Dumb Money YouTube channel were the victim.

The ability to infiltrate the market and appeal to hardcore collectors and Pokemon TCG noobies alike explains why scamming is so prevalent and profitable.

Fakes are often of poor quality and come in a variety of formats. Some players aren’t seasoned enough to notice foul play until after they’ve parted with their money. You can be subject to fraud if you’re not knowledgeable of the industry’s secrets.

Is there an estimate of how much scammers make?

There is no known estimate of the size of the counterfeit trading card market. It is difficult to put an exact figure on this kind of business due to its nature and lack of transparency.

What we can tell you is how these crimes are committed. Obtaining fake cards can be done through various methods, one of the most popular being printing cards on paper and then slipping them into card sleeves.

Other ways of obtaining false or stolen cards include:

Now, how do you identify a fake pokemon card?

How to identify a fake pokemon card?

Is it an actual pokemon? How about the grammar and punctuation? Can you see the print year on the card? Is the pokemon’s HP reasonable (As a point of reference, Copperajah VMAX and Snorlax VMAX have the highest HP of all pokemon — 340)

Back in the day, foiled cards were the creme de la creme of pokemon cards. If you have recently bought a regular pack of oldies containing foiled cards, chances are they’re fake.

However, you might want to double-check with an advisor or a trusted card directory (just in case you hit the jackpot).

This one’s obvious. While misprints happen, The Pokémon Company International wouldn’t allow these to slip past packaging easily.

But just in case, comb through Pokemon card directories to double-check if your misprinted card is fake or not; misprints are well-documented.

Original cards are printed on three layers. Therefore, they make a loud sound when bent. Fake cards have either a low-bending sound or no sound at all.

If the idea of bending the card hurts your soul, here’s an alternative: Use the light test. If your smartphone’s torchlight passes through the card easily and noticeably, then it’s a fake.

But what if you’d like to prevent being scammed in the first place? Check the next segment.

Given the massive prevalence of counterfeiting within the industry, many trading card manufacturers have opted to invest in several anti-fraud strategies to curb scams. The following are just a few of the methods that are currently employed to mitigate the risk of fraud.

Serial numbers are unique to each printed card. They can track which, when, and where cards were produced. This is the only form of authentication nearly every business in the industry has implemented.

Holograms are harder for counterfeiters to reproduce. The drawback is that these cards cost more because of the technology involved in creating them.

Packaging that includes security features such as special seals or unique cuts in the package that show whether the item has been opened.

Ultraviolet authentication can be used on cards to reveal an ultraviolet pattern. This will only show up when a specific light source is shined on it and designates where printing should or shouldn’t go.

Unfortunately, many counterfeiters have learned how to fake this as well.

Watermarks are an easy way to identify counterfeit cards because they don’t exist on the authentic product.

Unfortunately, this is also one of the easiest security features to fake; a slight Photoshop alteration will do.

Rainbow foil is a very rare type of foil that is not only gorgeous but difficult to fake. The drawback with this security feature is that it takes up more room on the card itself, which can lead to fewer cards being produced.

A hologram sticker can be applied to the card like a normal label. The advantage of this is that it’s easier for the manufacturer to produce while still getting an authentic product.

The drawback, however, is that counterfeiters are becoming better at creating false holograms which they then apply to cards.

Adding a texture to foil is another way of adding authenticity. The drawback is that it not only takes up more room but can be easily faked via Photoshop.

Blacklights can be used on cards to show an alternate design underneath the base layer of foil.

The drawback here is that counterfeiters are becoming better at creating false blacklights.

Over time, it has become quite easy for scammers to learn and copy authenticity measures put in place by card companies. Luckily, some revolutionary innovations have been developed which can offer promising counterfeit protection to card manufacturers and their customers.

AlpVision’s Cryptoglyph digital anti-counterfeiting solution for printed goods is a game-changer for authenticity verification. Through the system, you can easily verify the product authenticity via a smartphone app.

The patented Cryptoglyph technology is simple, yet effective. It’s based on the addition of thousands of covert micro-holes to the varnish or solid colors of the printed product.

We specifically recommend this technology for valuable trading cards.

This technology can be used to protect a product itself without any change to the production process.

AlpVision Fingerprint® is a product authentication technology that makes use of the product’s surface as an authentication feature. The technology relies on the minute surface irregularities present in goods and employs them as identifiers.

A Secured QR Code is a QR code with an extra security layer that allows the detection of copying.

A standard smartphone is used to verify that items bearing a Secured QR Code are genuine. Micro-holes are made in the black portions of the QR code to secure it. The modifications are virtually undetectable and add an extra layer of counterfeit protection.

As the market of fraud becomes more sophisticated and the trading card industry continues to grow, the need for better security and authentication measures is of utmost importance.

While existing measures have worked well so far, scammers identified their caveats and exploited them.

Employing the right solutions is pivotal to safeguarding the market and refining the system. This can be done with state-of-the-art technology and the application of bulletproof tools.

Fill in the form to protect your brand!