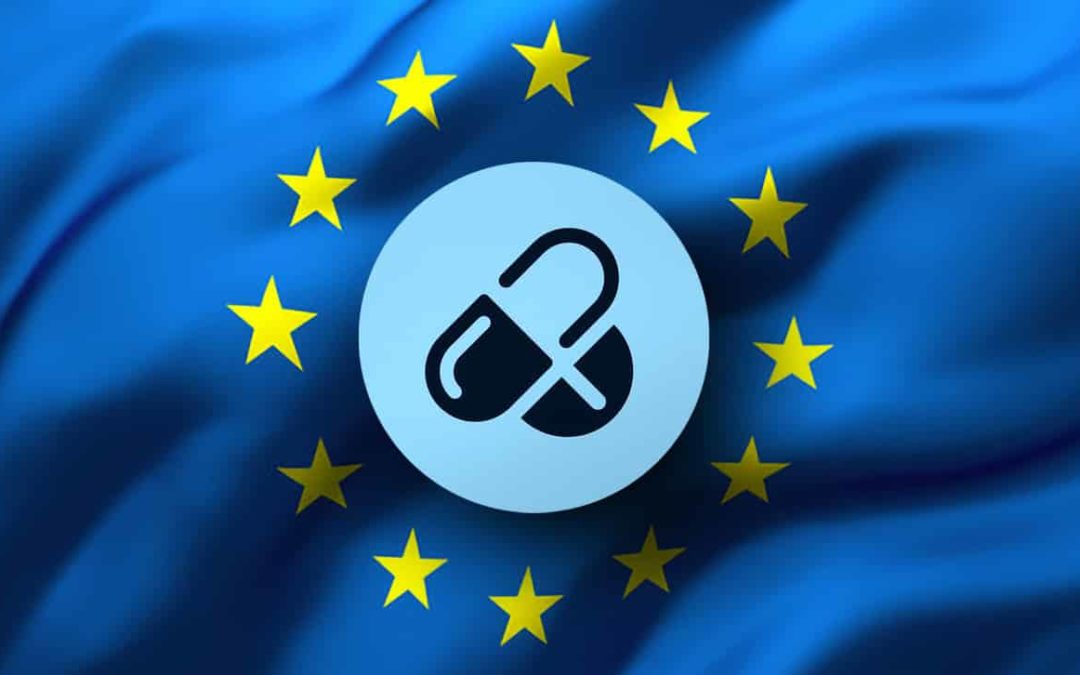 The Falsified Medicines Directive (2011/62/EU) adopted in June 2011 and put into force in January 2013, calls on the European Commission to prepare and adopt delegated acts that will lay down the technical specifications of the safety featuresI, determine the methods for the verification of the security elementsII, and institute a repository system to store and manage themIII. A draft of the EU delegated act was recently published on August 12, 2015. Although the European Parliament and Council still need to review the document, the European Commission is set to publish it in Q4 2015IV. Once published, pharmaceutical companies will have exactly three years to comply with the EU-FMD, roughly by the end of Q4 2018.

The text begins with the introduction of a 2D barcodeV containing data such as product, serial and batch numbers. Authentication is then described as an “end-to-end verification system”VI enabling the control of the authenticity of medicinal products at the point of dispense. Finally, the repository system should be established and managed by relevant stakeholdersVII, in other words manufacturers, distributors, and providers. As for tamper-evidence, “the choice […] is left to the manufacturerVIII.”

A 2D barcode or matrix code as a traceability solution is a valid one, as it can encode large amounts of data, such as batch number, expiry date, and national reimbursement number. It can also provide, with a single scan, detailed information on the current and past locations of a medicinal product. Finally, this system is noticeably cheaper than other technologies, such as RFID systems, as the only cost involved is the ink.

There are many authentication technologies available to brand owners and manufacturers today. Invisible printing, for example, is often achieved through the use of special inks that only appear under ultraviolet (UV) or infrared (IR) lights. Invisible markings can also be printed using regular visible ink or varnish and standard printing processes, like our Cryptoglyph technology. Security graphics, such as microtext and latent images, may also be applied as background or in an obscure area of the packaging design. Highly sophisticated, DNA taggants can also be printed onto packaging and labeling and, through laboratory testing, provide forensic evidence of the authenticity of a pharmaceutical item.

Coupled with a 2D barcode, these authentication systems offer pharmaceutical companies as much of an effective way to authenticate products as an additional layer of security against counterfeiting.

V Draft Commission Delegated Regulation, supplementing Directive 2001/83/EC of the European Parliament and of the Council by laying down detailed rules for the safety features appearing on the outer packaging of medicinal products for human use, p. 3

VIII European Commission, Health and Consumers Directorate-General,Delegated act of the detailed rules for a unique identifier for medicinal products for human use, and its verification, Concept paper submitted for public consultation, 18 November 2011, p. 4